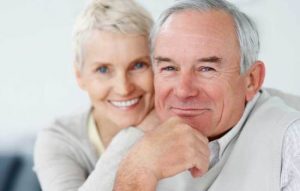 The LifeLoan is a loan given to customers aged over 60 where no interest and no capital is repaid but secured by a legal charge on the home. The loan is repaid when the borrower dies or leaves the home – it is then sold. Generally the maximum loan to value was  up to 45% of the value of the property. The loan is ideal for those older citizens who have no income or need extensive refurbishment in their home to give them additional comfort in their twilight years. They can never be asked to repay the loan even if the property is worth less than the loan. The losers ? Those who stand to inherit. Lawyers issued strong warnings about controversial equity-release mortgages more than a decade ago.

The lawyers had been particularly scathing about Bank of Ireland’s Life Loan product. There are at least 3,000 people that owe a total of €300m on equity release loans, according to the Central Bank. No repayments are made on equity-release products taken out by older people. This means with the accruing and compounding interest, the debt can be greater than the value of the asset that is securing the loan. The money is due when the owner dies or leaves the house and the property is sold.

The Money Doctor John Lowe explained that, as a rule of thumb, what is owed on a product like LifeLoan doubles every 10 years. This means that a €50,000 Life Loan taken out a decade ago now spirals to become a debt of €100,000 today. Many families are now finding that the amount owed leaves them with nothing when the homes are sold, wiping out inheritances.

Mr Lowe said there was a chance many people did not have the product’s terms and conditions properly explained to them when it was taken out. The controversial Bank of Ireland LifeLoan was singled out for criticism by the Law Society, which represents solicitors, back in 2005.

The lawyers said many of the conditions attached to the LifeLoan product were “objectionable and quite unnecessary”. The Law Society claimed Bank of Ireland was imposing more stringent requirements than similar equity-release schemes in the UK. So annoyed was the Law Society that it refused to allow its certificate of title forms to be used in connection with the LifeLoan product.

Exception was taken by the Society’s conveyancing committee to the requirement that borrowers make a will and appoint executors. The lawyers are also annoyed at demands that borrowers name their executors. Yesterday, director general of the Law Society Ken Murphy said: “This very bad outcome, for a great many consumers of equity-release products, is what the Law Society predicted a decade ago. In 2005 we expressed, both in the media and in practice notes to the solicitors’ profession, the Society’s deep reservations about aspects of certain equity-release products then being offered on the market.”

He said the society had recommended in 2007 that the equity-release products be more tightly regulated. “Regrettably, no consumer-protection regulation was put in place.”

The Irish Independent has received hundreds of calls and emails since the issue was publicised last week, including coverage on RTÉ’s ‘Liveline’. Contacted again yesterday, Bank of Ireland said it sold life loan products between 2001 and 2010 in accordance with regulatory requirements