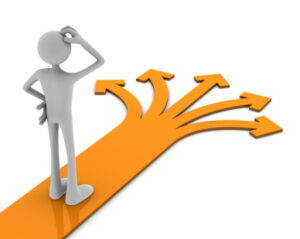 John Lowe of MoneyDoctors.ie gives his prescriptions on taking stock of your personal finances, plus curing financial ills, taking the medicine and more.

Research shows that there are individuals, prepare yourself, who actually enjoy dealing with their personal finances. It brings them unadulterated pleasure to find a cheaper mortgage, stick to a budget or (shudder, shudder) balance their chequebook if they even have a chequebook at this stage ! As the only statistic I can ever remember is that if all the people who fell asleep on trains were laid end to end they would be more comfortable, I can’t tell you what percentage of people are thus afflicted. But I can say, with some authority, that it is tiny. A far greater percentage, and I am going to take a wild guess here and claim that it is the vast majority of the population, does not find money management, in all its many guises, to its taste.

There are lots of reasons why one could have an aversion to dealing with money. Ironically, not having enough is the first that springs to mind. After all, if you are always struggling to make ends meet it can be hard to think of money in a positive way. Others include the idea that it is boring, complicated, frightening and/or mysterious. Another thing: you don’t have to believe that Elvis is still alive or that the Americans never landed on the Moon to suspect that everyone involved in financial services from the most humble of insurance salesmen to the mightiest of politicians is conspiring against you. They (no self-respecting conspiracy theory is complete without a they) want you to remain financially ignorant. That way, they can sell you things you don’t need, overcharge you and (in the case of the government) overtax you. Quite possibly, they have you fooled into thinking that personal finance is complex and tedious, a little like legal jargon. As it happens, it isn’t. That’s not the point. The point is that, while there may be no actual plot, the financial services industry is not bending over backwards to help make money management easier for its customers. Plus, our school system doesn’t provide much in the way of financial education. Hence why I am allowing over 60,000 transition year students to download my ebook Money Doctors 2022 for free next September at the start of their academic year.

Does it matter if you don’t pay attention to your personal finances? I doubt you would be reading this article if you weren’t convinced that it did. How easy is it to overcome an inability, whatever the cause, to get to grips with money management? This is a tougher question to answer. If I were the sort of ghastly human being who called every problem an opportunity and practised positive thinking, I might try to persuade you that developing fantastic money habits is a breeze. I am, however, a realist. If it were that easy to deal with money, there wouldn’t be so many people (a) facing one sort of a financial dilemma or other and (b) suffering endless worry over it. The news is, however, far from being bad. If you are willing to put in a very, very small amount of time – I’m talking a few hours a month – then I can promise you fantastic results.

The easiest and most effective way to improve your whole approach to money, and as a consequence your personal finances, is to read about it. Why? This is definitely an area where knowledge is power. I will eat my hat (a particularly indigestible golfing cap that my family would be only too pleased to see the back of – I have many golf hats ) if as you learn more about managing money you don’t find it easier and easier to take control of your finances.

It is not at all unreasonable to find dealing with money difficult. If you want to change your behaviour, don’t attempt anything too drastic but simply put in a bit of time into your finances. Two hours a month, that’s all it takes. If this doesn’t produce the results you want, come round for a cup of tea and let’s chat about it !