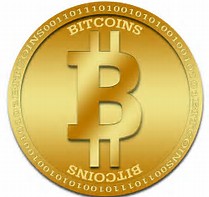 Cash, credit cards and debit cards are on the way out – transferring “money” will be done through your mobile phone, your fitbit watch, online or even a chip in your hand/wrist. Cryptocurrencies could also play a huge part in money transfers. One Bitcoin in February 2011 was valued at $1. Ten years later, it is a staggering $ 28,231.76  (30th January 2021) – this after it had reached $ 41,973 on 8th January 2021.….John Lowe of Money Doctors.ie explains all about cryptocurrencies….

Richard Branson credits it with “driving a revolution”. Al Gore counts himself a “big fan”. Bill Gates calls it a “techno tour de force”. But what is the cryptocurrency phenomenon – and more importantly, how can it help you and your business to make and save money?

We’ve all read the recent headlines about the $5 Bitcoin investment in 2010 being worth $4m in today’s money – almost enough to build a time machine to go back and invest everything but your grandmother’s wedding china. Cryptocurrency is big business, and it’s here to stay.

On 3rd January 2009, the bitcoin network came into existence with Satoshi Nakamoto mining the genesis block of 50 bitcoins. 9 days later the first transaction was made by Hal Finney when he downloaded the bitcoin software and received 10 bitcoins from Nakamoto.

In 2013, Bitcoin was the fastest-growing currency market in the world; by the end of May of this year, cryptocurrencies had a combined worth of over $81bn – not bad for tender that exists without the help (or hindrance!) of any government or bank. Cryptocurrencies are not backed by any countries, nor are they issued by any central authority. So while this brings with it a certain aura of risk, it also means there is an undeniable freedom to their potential applications that is unmatched by any other, more established, currencies in the world.

Of course, it’s not all sunshine and smiles – and there are plenty of voices out there warning that what goes up must come down. How many investors cashed in when they had made multiple times their original investment ? Greed for staying in ? Today as stated Bitcoin is worth € 28,231.76…Dig into cryptocurrencies at all, and you’ll find comparisons to the Dutch tulip mania of the 17th century, and the phrase, “it never goes down – until it does”. There are some safeguards you can practise:

So, there you have it: cryptocurrencies in a nutshell. Be careful and take advice.