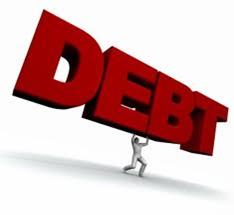 Neither a lender nor a borrower be is the immortal Polonius line in Shakespeare’s Merchant of Venice but that’s all very well if Christmas wasn’t so expensive and there were some savings to cover that expenditure.  With the lockdowns, energy crises and the spiralling cost of living, savings may not be an option and things can easily get out of kilter financially very quickly…

Reality can be harsh…John Lowe of MoneyDoctors.ie gives the background and solutions for 2023:

Your own bank is second and next on the list – they know you, probably have your salary mandated to your bank from your employment and have your credit history as a reference for any future borrowing requirement. You may have more hoops to go through but if you are approved the interest rate will not be punitive.

The last resort is the c. 32 licensed moneylenders – they carry on the business of moneylending under the specific terms of the license granted by the Central Bank of Ireland. A moneylending agreement is defined as “a credit agreement into which a moneylender enters or offers to enter, with a consumer in which one or more of the following apply:

While the Central Bank has not allowed practices such as pay-day moneylending to enter the Irish market, they do allow these authorised moneylenders to charge substantial interest rates and charges.

For a list of authorised moneylenders in the Central bank register, click on the following link : http://registers.centralbank.ie/DownloadsPage.aspx  ( under Register of High Cost Credit Providers )