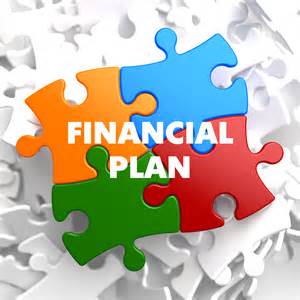 It’s a subject none of us like to think about but the Post Insurance Funeral Price Index, a new survey from Post Insurance, one of Ireland’s leading insurance providers (www.postinsurance.ie) and a wholly owned subsidiary of An Post, shows that, in many instances, where you live in Ireland determines the likely costs of your death and burial. The poll was implemented by Marketing Partners between July 26th and August 5th, 2016 revealing :

Commenting on the findings leading financial advisor, The Money Doctor, John Lowe said: “Thankfully, we’re all living longer and healthier lives so hopefully won’t need to think about our burial or cremation for a long time. That said, accidents do happen, and the survey shows that costs are considerable and vary widely. And because it’s an event that is a celebration of a life, there’s a natural inclination to add in elements to create a more bespoke – but therefore more expensive – final farewell. That’s why a simple bit of financial planning now can avoid additional heartache for family and loved ones also having to cope with the extra burden of burial costs. For instance, the Post Insurance Over 50s Funeral plan is a product which is easy to apply for, starts from just €15 per month* and is available to everyone between the ages of 50 and 75 with no medicals required.”

*For example, a 50 year old paying a monthly premium of €15 would be assured for cover of €4,700. The total premiums paid over the term of your policy may exceed the death benefit.

In addition to a “standard funeral”, there are additional and in many cases, unavoidable costs to be considered.

Includes costs for everything from a Church Offering, Priest, Sacristan, Singer, Organist, Flowers, Obituary Notice, Radio, Doctors and Coroners Fee. The survey found in this regard:

Amongst respondents, Laois at €1,440, Galway at €1,242 and Dublin at €1,177 were the top three most expensive locations for disbursements in Ireland (Kerry and Limerick were the least expensive at €470 and €573 respectively)

And while it might seem indelicate to mention it, the cost of a coffin can make a difference to the final funeral bill. What’s described as a “standard coffin” is most affordable in Waterford at €1,177 and most expensive in Kerry and Laois (each costing €2,000). Dublin and Cork reported rates of €1,750 and €1,399 respectively.

The Money Doctor, John Lowe added: “The costs of dying in Ireland are many and varied so having some insurance protection in place can offer peace of mind at a very stressful time. For some, having the expenses sorted ahead of the departure date is great comfort.” 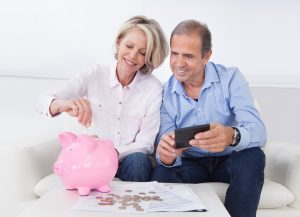 Post Insurance Over 50s Funeral Plan could give loved ones a promised lump sum payment that can be used to help to pay for funeral expenses or perhaps repay any loans or bills that are still outstanding at the time of passing. It’s a single life plan that offers peace of mind for people aged between 50 and 75 years of age at the date of commencement of the policy.

With premiums to suit applicants, features include:

Post Insurance also offers a number of Term Life assurance (Life Choice) products to protect families against the financial impact of ill health or death and is one of the most important decisions families can make. With more than 165,000 customers and 26 retail outlets nationwide, Post Insurance (www.postinsurance.ie) is a wholly owned subsidiary of An Post, one of Ireland’s most trusted and recognised names. In addition to its primary portfolio of Motor, Home and Life insurance policies, the Athlone based financial services operator has also launched a new Car Finance product.

This telephone survey was conducted by Marketing Partners between July 26th and August 5th, 2016 on behalf of Post Insurance. 296 members of The Irish Funeral Directors Association were approached with responses received from 84 members.  Specific information is available by request for a number of individual counties – where sufficient data was collected for it to be considered reasonably representative.