Noonan confirms cut of at least 1% in Universal Social Charge next year.

FINANCE Minister Michael Noonan has confirmed he will cut the Universal Social Charge by at least 1pc in the Budget in October. 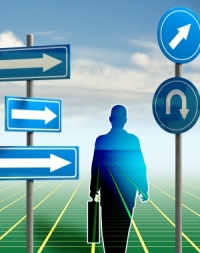 At the same time Jobs Minister Richard Bruton said the Government was not fazed by British plans to make significant company tax cuts between now and 2020.

Mr Bruton said Ireland would continue to compete vigorously for foreign direct investment and he insisted the country had more than low tax to offer investors, while Mr Noonan said he planned a USC cut in the next Budget. “I’m going to cut the Universal Social Charge by at least 1pc and maybe a bit more,” he said.

The Finance Minister said he especially wanted to target people on low pay to ensure work paid better than welfare. He said he needed to change income tax, PRSI and the USC in different ways to achieve a better incentive for work and encourage emigrants to return. The comments also confirm previous Government signals that changes are likely in relation to the 7pc USC rate for workers on between €17,500 and €70,000 per year.

“The latest reduction brings the UK rate ever closer to our 12.5pc level. As recently as 2009 the rate applied in the UK was 30pc,” Mr McGrath said. Mr Bruton said the IDA was aware of the competition issues and would keep Ireland winning jobs.

Elsewhere Employers’ group Ibec called for a softer Budget in October, including an additional €1bn in infrastructure spending.

This is a demo store for testing purposes — no orders shall be fulfilled. Dismiss