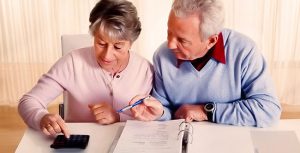 A new survey from Standard Life has found that pension ownership in Ireland has increased by 25%. Many Irish people would have put pension cover on the back burner since the dark days of the end of the last decade, but it seems that future-planning is coming back into vogue and about time.

“It’s the first time pension ownership has hit 50% since the downturn in 2008,” said Brendan Barr, Head of Marketing at Standard Life. “We also believe there is increased awareness about the need to save as early as possible and that the average person is not saving enough.”

The controlled survey of 1,000 respondents by Standard Life found that ownership of a rainy day fund (RDF) has increased from 40% to 50% since 2010. Some of the key findings of the survey are :

Today there are 677,000 citizens over the age of 66, and eligible to receive since 1st January that € 233.30 each week. In 2010, for every person retiring there were 6 workers… in 2050 there will be 1.8 million over the age of 68 but there will only be TWO workers to fund their weekly State Pension – what will the government of the day be able to do ? We are on a pension timebomb and while there has been talk over the last few years of “auto-enrolment” – employers being forced into setting up pension scheme for their staff – it was never implemented. The time for action is nigh.