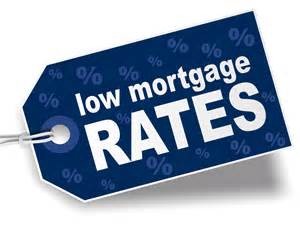 Bank of Ireland has cut its fixed mortgage rates by between 0.10pc and 0.35pc and this is being seen as what could be the start of a battle between the banks to prevent “switchers” – mortgage-holders dissatisfied with their present interest rate and who are shopping around the various lenders for better deals.

These new rates apply to new and existing customers and the bank said seven out of 10 of its new mortgage customers are now choosing a fixed rate. Ulster Bank have the best 3 year fixed rate on the market at 3.2%

Bank of Ireland has reduced its one, two, three and five-year fixed-rate products, including a new rate of 3.35pc for a two-year fixed period for loan to values of up to 80pc. Existing customers on variable rates, or coming to the end of their current fixed-rate period, can apply for the bank’s new fixed rate options. On maturity of these lower fixed rates, the borrower will revert to their standard variable rate – Bank of Ireland are one of the highest in the market.

Since the new Central Bank guidelines have reduced the demand for new mortgages the banks are determined, at the very least, to hold on to their existing mortgages. KBC Bank recently cut its mortgage variable rates for new customers, while AIB Bank cut rates three times in the past 18 months.

Bank of Ireland resisted pressure from Finance Minister Michael Noonan to cut its variable rate, which is one of the highest in the market at 4.5pc. Instead, it has been reducing its fixed rates.

The latest reduction in fixed rates comes as data shows actions by the European Central Bank to reduce its main rate to encourage banks to lend are only marginally benefiting mortgage holders here. John Lowe the Money Doctor has continually called for a cap on variable rates and joining the bandwagon are some of the political groupings in their election policies promising to force the Banks to cut their variable rates.

Existing customers who accept new lower fixed rates will, of course, be locked in to those rates for whatever period they fix and breaking that fixed agreement will cost dearly. Take expert advice..