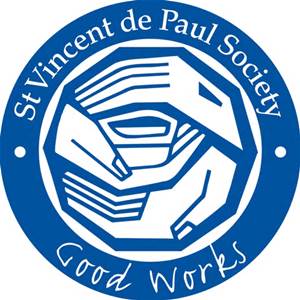 SVP has told the Commission for Energy Regulator that the proposed 36% increase in the PSO on electricity bills is a fourfold increase on the 2011 level. The PSO raises € 0.44bn subsidising the energy industry. The increase will wipe out almost 50% of recent savings for electricity customers.

In its response to the Regulator’s latest consultation document, SVP says that the proposed PSO increase will add about €90 (including VAT) a year to domestic bills. This is an increase of about €23 (including VAT) on the current levy. Recent price reductions in electricity charges have saved customers approximately €50 a year.

John-Mark McCafferty, Head of SVP Social Justice and Policy says “The PSO is a longstanding instrument of Government energy policy and the Regulator’s role is only to calculate the levy in accordance with Government policy. But it remains a largely forgotten tax which will raise €0.44bn in 2016/2017 to subsidise the energy industry. It is imposed on all domestic customers at a flat rate, creating an increased burden on low income customers and those with a history of arrears and indeed multiple debts. Given the levy increase envisaged, the PSO can be viewed as a regressive tax. With VAT added domestic customers are effectively paying a tax on a tax. In the interest of social justice and fairness, we urge the government to review the PSO application for low income and struggling energy customers.”

Customers are in a no-win situation with the PSO, says SVP. When wholesale electricity prices drop customers pay a higher PSO because the generating plants covered by the PSO have to be compensated but if wholesale prices increase the increase is passed on to the customers. The PSO levy was designed by the Irish Government to support its national policy objectives related to renewable energy, indigenous fuels (peat) and security of energy supply. Some of the required funding (subsidies) ended in 2015 but new (renewable) schemes continue to be added subject to Government and EU approval.

“At this stage the security of supply and indigenous fuels recede in importance and some 75% of the proposed levy is funding renewables. In 2011 the annual levy per customer (less VAT) was €19.33.  It is now €60.09 and the proposal is to bring it up to just €80 from October next, a four-fold increase in five years. While we are in favour of supporting renewable and sustainable energy, in the light of such an increase the operation of the PSO levy must now be reviewed.” said Mr McCafferty.

Submissions to the CER Consultation Paper closed Monday 27 June with a final decision to be announced on 1st August for implementation from 1st October.