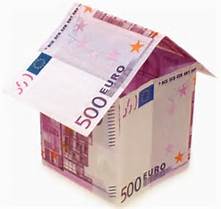 If you are a landlord, you must register your property with the Private Residential Tenancies Board (PRTB) They both keep tabs on landlords and the peace between landlord and tenant at a “minimal” cost to the landlord. New figures from the PRTB show rents rose by almost 9% nationwide in the year to September.

It now costs €900 a month to rent a private property, up around €70 compared with last year. Almost one in five households in the country now rents its accommodation in the private sector. Rents have risen so much that nationally they are just 11% below the peak reached at the end of 2007. However, in Dublin, rents are just 2.3% lower than the highest point reached eight years ago. Outside Dublin, rents rose by 8.5% in the three months to September when compared with the same period last year.

Homeless charity the Simon Community said the new figures showed that the housing crisis is now out of control. The survey, which is based on the actual rents paid, shows that the rent for an apartment nationally was € 945, up from € 866 last year. The average cost nationwide of renting a house is now € 873, some € 63 a month higher than a year ago, the report said. In Dublin, it now costs €1,408 a month to rent a house, and €1,265 for an apartment. A year earlier, the rent for a house was €1,288, and for an apartment it was €1,169. This represents a monthly increase in Dublin rent of €120 for a house and €96 for an apartment over the course of the 12-month period.

John Lowe, The Money Doctor believes that this situation is unsustainable and remains to be convinced that the new tenancy legislation one aspect of which decrees rents can only be increased once in a 24 month period will alleviate the problem. He feels that ultimately the only solution to both meet the demand for new housing and cool the incessant rent increases will be an adequate stock of suitable properties, built specifically for the rental market.