Government intends to merge USC and PRSI into single payment 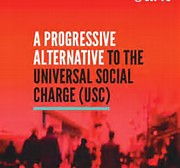 Minister for Finance Paschal Donohoe has said that it is his intention to merge the universal social charge and PRSI into a single social insurance payment stating that “my long-term view of the USC is to see its integration into the existing PRSI code”. This was the original concept some years ago.

During the Fine Gael leadership campaign Taoiseach Leo Varadkar made a similar announcement. In response to a Dail question Minister Donohoe said that his “guiding principle” was reducing the income tax burden for those on low and middle incomes, which, he said, “must be achieved in a way that is both affordable and sustainable”.

The Minister has asked his officials to prepare papers looking at a range of policy options in advance of October’s budget. The plan to merge USC and PRSI is a move away from a previous commitment to gradually abolish the charge. Senior Government officials, examining the options for tax and social insurance changes before the last budget, outlined how the first step towards merging USC and PRSI might work.

The USC is currently paid by anyone earning more than €13,000 per annum, and the officials proposed that this limit could be raised to some €18,000. However, part of the income gain from the USC change for the lower earners involved would be clawed back by making earnings above €13,000 liable to a lower PRSI rate. The officials said this would help to support the social insurance fund, into which PRSI receipts are paid.