Cut the bankruptcy term to one year, says committee 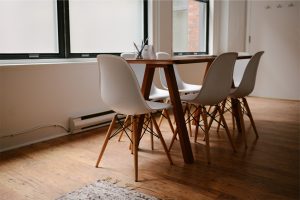 The bankruptcy term should be cut from three years to one year, the Oireachtas justice committee has recommended. The move increases pressure on the Coalition to act on the issue as its previous move to reduce it to three years from 12 years was widely criticised as not going far enough.

While Labour is supportive of a further reduction to 12 months, Fine Gael is still cautious about bringing the term into line with the North and Britain. The justice committee left open the option of some bankruptcies being extended to three years if the official assignee agrees to the increased term.

Committee chairman David Stanton (FG) warned against bankruptcy being used as a temporary solution to money problems. “Bankruptcy should not be used as a ‘quick-fix’ solution for someone in financial difficulties to the detriment of their creditors when other solutions might be more equitable.

“However, based on this process, the committee believes this issue should be kept under constant review and believes the mechanism of bankruptcy should aid recovery in the fairest possible way, but not excessively punish the debtor.” The TD said the financial collapse had thrown Ireland’s bankruptcy laws into sharp focus.

“The issue of bankruptcy is a matter that retains renewed and very relevant context in the aftermath of the banking crisis and consequent financial collapse. “The committee opened a consultation process on one very specific matter, namely, should the term for bankruptcy in Ireland be reduced from three years to one year.”

The bankruptcy issue has caused tension in the Coalition after the insolvency regime put in place in 2013 was widely criticised for not being effective enough.