Gold gets a bum deal in Sri Lanka 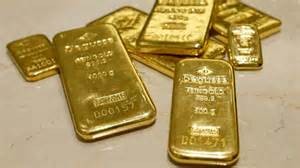 While prudence would dictate that 10% of a balanced investment portfolio should include a precious metal, there are ways and means of procuring it but this is certainly not one of them : a man has been arrested in Sri Lanka today for allegedly trying to smuggle gold bars hidden in his rectum.

The Customs spokesman said officials found 400g ( just over 14 ounces ) of gold, worth about 2m Sri Lankan rupees (€ 12,636), inside the suspect’s rectal cavity. Officers at Bandaranaike International Airport had noticed he was “walking suspiciously”. The man aged 42 said he worked for a Sri Lankan government ministry, though this has not been confirmed. Apparently the man had been “finding it hard to walk”. It certainly was a bum deal for the Sri Lankan and basically took the gloss off the investment.

More than 70 people have been arrested this year for smuggling gold in Sri Lanka, officials said. Typically smugglers in the region buy gold in places like Dubai and Singapore, where the precious metal is relatively cheap, aiming to sell it on in India.