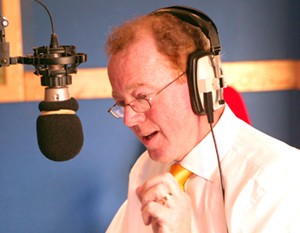 Each week, John Lowe, the Money Doctor, brings you the top news stories that affect you, your families and your savings. John is available to discuss live on air the news stories below.

1. ESRI analysis shows that rising tax bills will reduce the value of U S C reductions.

2. Central Bank indicates that mortgage limits are here to stay.

1.   ESRI analysis shows that rising tax bills will reduce the value of U S C reductions.

The real gains to taxpayers from Government budget policy will be limited, as the universal social charge cuts will be partly offset by the higher tax bills resulting from rising wage levels, according to an ESRI analysis.

Overall the analysis shows that all income groups, except for the least well-off, will be net gainers from budget policy, but the benefit on average will be a rise of less than 1 per cent in net incomes. The ESRI analysis, based on an economic model of the population, assumes that employees will benefit from wage rises of about 2.5 per cent next year. The tax system needs to adjust if wage rises are not to mean a hike in the tax burden for many.

For this reason, the ESRI calculates that the boost to real income will be between 0.5 and 0.8 per cent for most groups in society. Employees will, on average, gain more from the USC cut, but these gains will be partly eaten away as they pay higher tax on increased earnings. Previous ESRI analysis has shown that it would cost some €700 million a year to adjust the tax system if wages were rising at above 2.5 per cent and if the tax burden is not to rise.

The ESRI also says the budget will do nothing to help the poorest section of society, which made no real income gain as a result of its measures. This group is generally not earning enough to benefit from tax or USC cuts, and there was no general increase in welfare rates, although there was a hike in the Christmas bonus. The ESRI researchers also say the decision to freeze the valuation threshold for the residential property tax is a “serious concern” and could undermine the credibility of the tax. It says that if the goal is not to increase the tax level, it would be better to adjust the actual tax rate charged at a local level, rather than hold to outdated property valuations for a prolonged period. The ESRI points out that the failure to adjust valuations was one of the key issues which discredited the old system of domestic rates, which were abolished in the late 1970s.

2. Central Bank indicates that mortgage limits are here to stay.

The Central Bank deputy governor has signalled that its new mortgage rules are here to stay. The bank has faced a wave of criticism ever since the rules, which set limits on the amount home buyers can borrow, were introduced at the start of the year. The bank has said that it will review the measures when enough time has passed to allow for a proper assessment of the effects.

John Lowe, The Money Doctor claims that the rules are keeping many off the property ladder and condemning young people to many more years of renting. Finance Minister Michael Noonan has also suggested the Central Bank should look again at the rules, saying that the cost of buying in the capital may leave buying a home out of the reach of many first-time buyers. However, the Central Bank said there is evidence that the measures are working well in taming speculators and, in the long term, will likely prevent the return of a housing bubble. They said it was far too early to evaluate the effect of the measures on second- and first-time buyers because a lot of the lending for home purchases this year was approved before the new rules came into effect.

However, what evidence there was suggests the rules would play an important part in stopping another price bubble. He insisted there was nothing onerous about the rules which mean lenders assess the borrower’s ability to repay the mortgage on both the size of the loan to the overall value of the property, the loan to value rule, and on the basis of a ratio of loan to income. A first-time buyer can qualify for a home loan that covers up to 90% of the first €220,000 of the property’s value and then 80% of the balance above that level. Under the same loan-to-value rule, second-time buyers can borrow up to a ceiling of 80% of the overall value of the property. Under the loan-to-income rule, the Central Bank insists that lenders can loan up to 3.5 times the amount of a borrower’s gross annual income. Mortgage brokers have slammed the rules, saying that prospective buyers are trapped in rental properties at a time of soaring rents. Brokers say it takes years for average wage earners to save for a deposit.

CSO figures show that, after surging 1.2% last month, private rents are now 10.3% higher than in September last year. Rents are now higher than the levels reached right at the end of the boom years, in early 2008. It is projected  that house prices, after rising 12.9% in 2014, will rise 11% this year and by 6% for 2016. Many other countries have introduced similar limits to prevent house markets from again overheating. Norway, Sweden, and Estonia, brought in full or partial loan-to-value limits, while the UK has also introduced a loan to income limit. Overall, it is clear that any review of the measures themselves can only be carried out once sufficient time has passed for the Central Bank to have the necessary data to analyse their effects.

Consumers who use their debit cards to obtain cash back from retailers will not have to pay a fee to the Government under changes to the stamp duty regime for bank cards announced in Budget 2016.

On Tuesday, Minister for Finance Michael Noonan announced that the €5 annual stamp duty charged for ATM/debit cards would be abolished from January 1st. In its place, a charge of 12 cent per ATM withdrawal is being introduced up to a cap of €5 a year, while debit card transactions will attract no duty. This is part of a move by the Government to encourage people to move from cash to electronic payments and formed part of the national payments plan in 2013.

The Department of Finance confirmed last week that debit card purchases in shops or pubs involving cash back for the customer would not incur a fee under the new charging structure. It is understood that even though these transactions involve cash effectively being withdrawn for a customer’s current account, they are usually at a much lower level than ATM withdrawals. In addition, cashback is seen as a cost-efficient way for retailers to recycle their cash without having to incur bank fees and reduces the security risk of holding large sums of money on their premises. About 60 per cent of consumer transactions in Ireland are in cash, with Irish people withdrawing as much each month from ATMs as Danes do in a year.

John Lowe The Money Doctor feels that Mr Noonan’s budget move took the banks by surprise and leaves them with something of an administrative headache. Instead of applying a €5 fee once a year to customer accounts and remitting the sum to the Government, banks will now have to track each customer transaction to calculate how much they owe the State in ATM fees. Under the Minister’s plan, customers will save money if they carry out fewer than 41 ATM withdrawals a year, albeit that the saving will amount to a couple of euro at most. Budget documentation published this week shows that the stamp duty move will be cost neutral to the exchequer.

Ironically, most Irish banks will continue to charge customers for debit card transactions, although these fees are usually lower than for ATM withdrawals. The budget also saw Mr Noonan increase the transaction limit on contactless payment cards from €15 to €30 from October 31st.

The Central Bank has announced a voluntary national rounding scheme to begin on 28 October. As a result, when customers get change in shops, the amount will be rounded to the nearest 5c, reducing the need for 1c and 2c coins. The national rollout follows a successful trial held in Wexford in 2013, where 85% of consumers and 100% of retailers wanted the policy introduced nationally.

Under the scheme, rounding will be conducted on a voluntary basis and will only be applicable to cash payments. One and two cent coins will remain legal tender, with the total amount of any bill rounded up or down to the nearest five cent.

In a statement, the Central Bank said consumers will be entitled to opt-out of rounding and may ask for their exact change. Their spokesman said that from their experience consumers do not like one and two cent coins. These coins are being produced in huge numbers, issued to retailers who then pass them on to consumers. The consumers, in turn, stash them in jam jars and the retailers then have to go back to the Central Bank for more.

Since the launch of the Euro in 2002 the bank has produced around 2.5 billion of these coins which is about 1,500 for every household, but there are very few in circulation because people are not putting them back.   The cost of producing of a one cent coin is actually around 1.7 cent, meaning they lose value as soon as they are minted.

John Lowe The Money Doctor said that  prices will stay as they are, but change will be rounded to the nearest 5c. “If the total bill is €11.21 it will round down to €11.20, if it is €11.24 it rounds up to €11.25. Half the time you will gain one or two cents, half the time you will lose one or two cents. “It will balance out very quickly for the consumer and the retailer, the only difference will be that we won’t be carrying around a big pocket of brown coin.” Meanwhile, a number of charities are encouraging people to donate their hoarded coinage to good causes.