Warning that motor insurance could soar by 15% in 2016 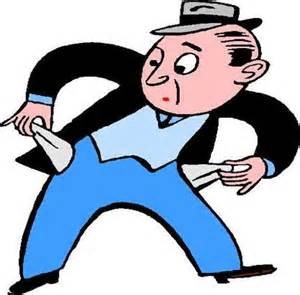 Motor insurance costs are likely to soar by up to 15% in the coming year — on top of the near 27% hikes over the past year, John Lowe, The Money Doctor has learned.
A report from his professional body, the Irish Brokers’ Association —which represents 450 big and small brokers selling insurance across the country — warned about the inevitability of even more car insurance premium hikes until loss-making insurance underwriters start making money again on their Irish business.  Premiums are definitely going to increase in the local market. There will be a rise of 10% to 15% coming down the line, on average. It is expected that by next autumn prices will be up to 15% higher on average.

This will probably continue until the insurers start to make money. At the moment they are not making money at the prices that are currently being quoted. Later this week the AA plans to publish an analysis on car insurance prices in Ireland and what needs to be done to address them and who needs to do it. The CSO’s latest figures show that while all prices have fallen 0.3% in the past year, motor car insurance costs have soared 26.7% over the same period.  Other types of insurance — such as home insurance have also risen but at the much slower pace of 6.5%, while health insurance —after hefty increases in previous years — has risen by only 0.7% over the past year. Motor bike insurance is unchanged, while travel insurance has dropped by 5.8%.

There are a number of factors driving up costs :
Over the last four years there has been a significant marketing drive by insurers to increase their market share That is the first big one and a costly one.
The other big factor is that there has been an increase in the legal costs. The limit for personal injuries has increased from €38,000 to €60,000. That has created a higher awards settlement environment. Whiplash claims, at an average €15,000 in Ireland, are running three times higher than in the UK, while fraud is also driving up costs. There are still too many uninsured vehicles — and they are adding €30 to €40 to every policy.

Also, in the background, insurers are strengthening their capital base to meet solvency requirements. A Central Bank report last month showed that private motor premiums had fallen sharply until recently, falling by 47% and 48% for comprehensive and third-party fire and theft between 2003-2013.