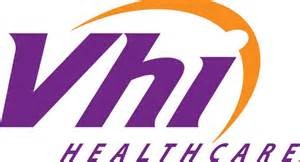 As expected, VHI is set to enter the life insurance market.

This move has been widely anticipated since VHI received its authorisation from  the Central Bank last July. The new product will be underwritten by Zurich Insurance and VHI which has a database of upwards of a million customers will market the new product to them by phone.

These moves are expected to push life assurance premiums – which have fallen greatly in the last few years – even lower. Apart from the intense competition in the market which keeps prices down it is also a fact that fewer claims are being made as people in general are living longer.

VHI had a surplus of almost €50M last year on its Health Insurance business but it has been known for some time that because of the uncertainty of the health business they have been keen to broaden the scope of their business. Obviously their huge database gives them an immediate starting point.

The Government had been under pressure for a number of years to ensure that VHI conformed to EU prudential regulations regarding its level of reserves but solved this problem by arranging a reinsurance deal with Berkshire Hathaway (a Warren Buffet company) which will underwrite some of the risk. This has saved the Government up to €200M over the last few years as they would otherwise have had put this amount into VHI to provide the level of reserves needed.

One interesting aside is the hard-pressed insurance salesman – as Woody Allen once said his worst nightmare would be being stuck in a lift with one ! Financial advisers are either tied agents ( tied to only one insurance company ) or have multi-agencies ( for instance this writer has ALL the agencies including Zurich Insurance ) VHI are acting as an agent and will receive “commissions” from sales of life cover to their data base. It will certainly add to the competition and WILL reduce premiums.