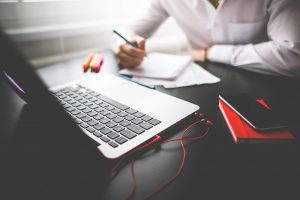 Squeezed middle-income working families with young children are set to benefit from a range of measures being recommended in a Government report on childcare. The report also finds that just over one in four children under school-going age is in formal childcare and the existing free year of childcare is too short in terms of hours each day and number of weeks a year.

Six months’ paid parental leave, in addition to maternity benefit, is the big ticket item in the report compiled by a high-powered committee. The measure would take a decade to implement in full but would build up gradually from a month to a full six months. “In line with evidence in respect of children under one, the proposal is to increase parental choice to remain as the primary care-giver of their child in the first year of life and to provide as much support as possible to the developing relationship between the parents and the child.

The proposal is for the conversion of existing unpaid maternity leave to paid parental leave with the option for some sharing of the additional paid element between both parents,” the report says.

“The scheme would provide for additional weeks of paid benefit for mothers and fathers in addition to, and to follow consecutively, existing maternity leave provision. “It would include a minimum additional amount of paid leave/benefit for mothers (an extension of the existing maternity leave scheme) as well as additional weeks to be taken by either parent. “The recommendation is that this leave would be increased incrementally over time to provide for as close as possible to one year of parental care to children in the first year of life, obviating the need for non-parental paid childcare in that period.”

The proposals are contained in the draft report of the interdepartmental working group on future investment in early-years and school-age care and education services.

The report is aimed at identifying and assessing policies and future options for increasing the affordability, quality and supply of services in these areas. The recommendations include:

The paid parental leave is expected to be taken up by up to 45,500 parents a year. The paternity benefit of either one or two weeks is expected to be included in Budget 2016 later this year, as flagged by Social Welfare Minister Joan Burton. The childcare report was drawn up by a group headed up by Children’s Minister Dr James Reilly.

“The fact a Fine Gael minister is suggesting these measures means there is a better chance of it getting it off the ground as it will also be supported by the Labour Party. Although the very big reform is a very long term issue, this shows there is a commitment to it and there is bipartisan support,” a Coalition source said.

The paid parental leave would bring Ireland in line with several other European countries, where the leave is usually shared by both parents. But the move is expected to be opposed by employers as it would make it hard for businesses to plan ahead without staff being around for extended periods. “Accurate costings for the potential measure will be difficult without further information on employer behaviour as this could affect take-up rates, eg whether and to what degree top-ups would be paid, meaning a net cost to employers above the State contribution,” the report says.

The cost of the parental leave scheme would ultimately hit €273m, but this would build up over a number of years. The scheme wouldn’t have to take 10 years to roll out. International research shows that in the first year of the child’s life, the best practice is to have care in the home and have their family caring for them, and then formal childcare.

“Getting it started is the key thing. Once you get it off the ground, then you have to finish it. A 10-year plan is a bit conservative but it’s designed not to frighten the horses. You can do it faster once it’s started,” a source said. Fine Gael and Labour have both identified childcare as a key issue in the next general election. Both parties are expected to endorse the findings in the report and also make their own pledges in areas they see as most important.

“This report puts flesh on the bones of the priorities. There is strong consensus across both parties, and the real battleground in the next election is families with children,” the source said. The report also builds on existing policy, such as extending the provision of pre-school care for children.

“The proposal is in line with evidence which emphasises the benefits of pre-school for all children aged three years or more and the particular benefits to be gained for children from disadvantaged backgrounds,” the report says.