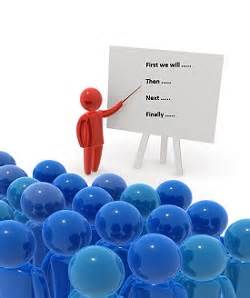 Last week, we covered savings and investment and hopefully you are now on the way to making your next million.. this week I am addressing borrowings, insurance and money management.

Albert Einstein is credited with saying Compounding is mankind’s greatest invention as it allows the reliable systematic accumulation of wealth. When there were decent deposit interest rates, yes compounding worked. However, there is a corollary to this statement in that compounding also works AGAINST you when you are borrowing.

Let’s start with the basics. If there is something you want to buy and you don’t have enough money to pay for it, then you may be tempted to borrow.

The person or organisation that lends you the money (known as the ‘lender’) will charge you for the privilege. The money you give to the lender is called ‘interest’. The amount of interest you pay will depend on how much you are borrowing, in what form and for what purpose.

Lenders are worrywarts and fret that they may not get their money back. The more risk they feel they are taking, the more interest they are likely to charge you. If you can give them security, the right to sell something of yours if you fail to repay them, then you should enjoy a lower interest rate.

Missing payments, allowing arrears to mount up all increase the costs of that borrowing and allows compounding to ferment. Rather like the penalties and levies Revenue charge you if you are late with your tax payments or incorrect on the calculations.

Other borrowing is positively toxic, for instance loans taken out to pay for day-to-day living expenses (like food) or to pay for luxury items (like clothes).

If the thing you are borrowing money for won’t last longer than the time it will take you to pay for it…don’t! Borrowing money to go on holiday is, therefore, probably a bad idea because the holiday will only last a week or two but it could take you months to pay for it. The same for Christmas presents – it comes around every year.

In recent years, due to relatively low interest rates, many people in the Ireland borrowed considerably more money than was sensible. It is vital, if you want to make the most of your money that you don’t now borrow recklessly. Independent professional financial advice is a must and ideally should be paid for.

Some of these terrible things happen to people. For instance, people:

Obviously, some of the terrible things that can happen are worse than others. Having your bicycle stolen is hardly as serious as breaking a leg and generally nowhere near as bad as dying. Anyway, every terrible thing that happens will have financial consequences, for instance:

The idea of insurance is to make sure that when something terrible happens, money is there to help pay for it. Broadly speaking, insurance divides into:

It is worth remembering how insurance works. In many ways it is like a savings plan. A group of people who are worried about the same terrible thing happening, say, their houses burning down, decide that they will join forces. Together they save money and build up a pool of cash. Then, if the worst does happen and one of their houses does burn down, there is money available to pay for re-building. In the beginning, insurance plans were run like clubs. Then business people got involved and started insurance companies. These insurance companies expect, of course, to make a profit.

The key things to remember with insurance are:

‘Money management’ sounds complicated but actually it comes down to:

There are no absolute rights and wrongs when it comes to money management, but there are sensible and less sensible things to do. For instance, if you want to make the most of your money, it is sensible to:

There you have it. No excuses now. You know it all.