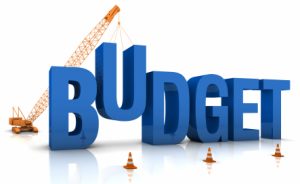 It is hard to believe that Albert Einstein is credited with saying income tax is the hardest thing in the world to understand ! Tuesday 11th October sees the government juggle the finances to both appease all the various camps around Ireland and balance the books for the year, but also keep Europe happy. Essentially it’s all about TAX.

It is a delicate balancing act with one eye on the voter and one eye on the political competition. But things can go wrong – you might remember the Grey Revolt a few Budgets ago… so what can we expect this week ? Here are a few options that may or may not come to fruition :

Capital Acquisitions Tax (CAT) : the threshold from parent to child ( band A ) is expected to be raised from €280k to €500k over the next few years. This will mean that any inheritance in excess of this threshold will attract a tax rate of 33%. This increase may be phased in over 2 or 3 Budgets, probably not all in Budget 2017. We can expect an increase to perhaps €320,000 this year.

USC reductions : there will be reductions in Universal Social Charge in Budget 2017 as the FF manifesto said they would abolish the USC for earnings under €80,000 but charge 8% USC on income over that. FG originally planned to reduce the main rate from 5.5% to 4.5% in 2017 followed by a gradual phasing out of USC by 2021. The program for government just states that “Reductions will be introduced on a fair basis with an emphasis on low and middle income earners.” The Department of Finance has recommended increasing the entry threshold for USC from €13,000 to €14,000 while recent leaks suggest that a 0.5% cut to the two lower rates of USC could be made (meaning they would go down to 2.5pc and 0.5pc respectively). It remains to be seen what will happen.

Income Tax increase for the high earners : both the FF and FG manifestos proposed to remove the PAYE tax credit of €1650 for those earning over €100k. FF also planned to reduce it for those earning over €70k. Removal of this tax credit would result in employees paying an extra €1,650 a year in income tax (€137.50 a month). This move may be made to stop high earners benefitting too much from any USC reductions. Someone earning €100k would be paying about €29k tax a year – so an extra €1,650 wouldn’t be a big difference.

Reduced income tax for Self-Employed : the new program for government states that the “Earned Income Tax Credit will be raised from €550 to €1,650 for the self-employed by 2018.”   So expect an increase to about €1100 in Budget 2017. This would mean €550 less income tax in 2017 for the self-employed while Deposit Interest Retention Tax (DIRT) may be reduced by 1% to 40% – The Tax Strategy Group has recommended the drop but then again, the recommendation may fall on deaf ears.

First time buyers’ mortgage relief ? Some type of income tax refund/relief will be introduced in Budget 2017 to assist first time home buyers. It seems this help may only apply to brand new homes, not second hand ones. Rumours say that it will be capped at around €15,000 and will be based on a percentage of the house price like the old mortgage tax relief. It also should be backdated to Spring of this year.

Minimum wage : The Low Pay Commission has  recommended an increase in the national minimum wage of 10 cents per hour. ( new rate of €9.25 per hour, up from € 9.15. ) If this is accepted by government it will probably also be announced as part of Budget 2017.

Pensions & welfare : expect increases to the following : Disability Benefit, Disability Allowance, Carer’s Benefit and Allowance, and Blind Person’s Pension. The Christmas bonus should again be paid in 2016 – at least a 50% bonus but perhaps more.

The State Pension, currently € 233.30 per week for those on the qualified contributory scheme, and the Living Alone Allowance are expected to be increased above the rate of inflation. Fianna Fail want €5 a week increase – but Fine Gael might not agree to this amount. I have spoken many times in the past on the pension timebomb – we are living longer, healthier lives but still only half of us have a retirement plan in place. Think the 2050 government will be in a position to pay the State Pension to the 1.8million pensioners ?

There will also be an annual cap on the Drugs Payment Scheme and reduced prescription charges for medical card holders. The entitlement to a medical card will be extended to all children in receipt of the Domiciliary Care Allowance and c.10,000 children will benefit.

Help with Childcare and Working Family Payments : a new means tested subsidy scheme for childcare and working family will probably be announced in Budget 2017 – for possible implementation by September 2017 though the Working Family Payments may not be in place til 2018. The FG manifesto stated that this would be a payment to ensure parents working over 15 hours per week get €11.75 per hour minimum.

The old reliables – drink & cigarettes : There will almost definitely be higher excise duties on drink and cigarettes. Add in a sugar tax – up to 6cent a can…that will keep the healthy sector happy and you have the bulk of what might happen in Budget 2017.