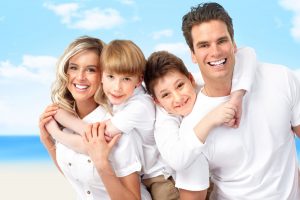 John Lowe of MoneyDoctors.ie and father of three children, in the first of a three part series gives invaluable advice on what you should be teaching your children…

Crosby Stills Nash & Young’s Teach Your Children – a favourite early 70s tune of mine – only dealt with the emotional issues but not the financial aspects of teaching children. Therefore, in presenting things you may like to teach your children about money, I am not so hypocritical as to pretend that I managed to impart all this wisdom to my own angels. Frankly, I can’t see how any normal parent could manage to teach their children the whole list and not come off as being a bit of a twit. But managing even half the list, I am certain, would be an enormous help to your little darlings.

IT IS ALL ABOUT ATTITUDE

Think about how your parents’ approach to money influenced you. Now consider how your attitude will influence your own children. Everything you say or do in relation to money will have an effect:

Given that they are unlikely to learn much about money from any other quarter, and given the way debt is spreading through society like some sort of super virus, it is obviously important that you educate your children about personal finance. You need to teach them the key principles, including how to:

Obviously, you also need to teach them all about the risks associated with debt and to introduce them to the basic financial products they are likely to encounter – explaining the advantages and disadvantages of each.

Clearly, what you don’t want to do is worry your children about money. Still, I believe there is a lot to be said for showing them where your income comes from, and what you then do with it.

Here are some tips on how to teach your children about money:

Paul Getty summed it up when he said “Money isn’t everything but it sure keeps you in touch with your children” – was he right ! Every time money is earned, moved, spent, donated, borrowed or saved presents an opportunity for you to teach your children something new. Better, by far, for them to learn by observation.

Next week in Part 2 will include the first three teaching basics of finance – earning , saving and spending.