RTE LifeStyle – SAVE WATER AND SAVE MONEY THIS CHRISTMAS 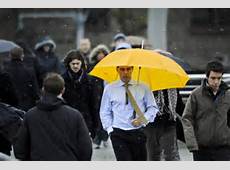 Thank God the water charges are a thing of the past .. for now but I still advise families, new and old, across Ireland to scrutinise their water habits and encourage children in particular to play a major part in the drive to minimise waste. As we head into the Christmas season, perhaps we can give a thought on economising with water – after all, the money will come in handy in other areas !

Samuel Taylor Coleridge wrote the Rime of the Ancient Mariner in 1797 and was somewhat prophetic when writing Water water everywhere, nor any drop to drink. Just over 70% of the Earth is covered by water but only 1% is usable. It is the new gold and we in Ireland are now experiencing just how precious it is when like most of the western world we are now paying for it.

Wastage is one of the critical issues that must be addressed. More water evaporates in reservoirs than is consumed by humans while the average leakage in Irish public water networks is 41% ( twice the OECD average ) We have approximately 25,000 km of pipes carrying water. These pipes, mainly made of iron, were originally installed in the 19th century and need replacing, this apart from the lead poisoning risks.

With 1.6 billion litres of water treated daily at a cost of € 1billion each year, you can see how costly it is to produce. There are 1.4 million households and 4.6 million people where the average family uses 436 litres per day or 150 litres per person. Dublin alone uses 540 million litres every day.

So we need to conserve and minimise the wastage of water. Now more than ever, not just because of the spiralling cost but because this resource is really becoming scarce.

The first thing we can do is install water efficient fixtures and appliances saving 30% of our usage. Now let us look at the everyday normal usage of water

Here are a few tips to help you save water and money :

But remember the adage – waste not, want not…. so the half hour shower should be a thing of the past ! You can now look forward to the Christmas season .