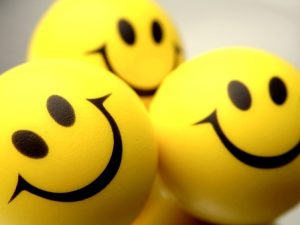 After quarantines, business failures and massive unemployment in every country from the Coronavirus pandemic, the world has changed forever. More and more entrepreneurs will follow the example of business leaders who combined their purpose in life with supporting the community they live in. The crisis we have all gone through will have a dramatic effect on the meaningful decisions being made in the pursuit of profits. John Lowe of Money Doctors investigates.

Ever since the Body Shop was founded in the 1970s, an increasing number of entrepreneurs have chosen to launch socially responsible businesses. Such businesses outperform purely profit driven ventures (I’ll come back to this in a moment) proving that it is possible both to make money and make a difference. Let me offer you a few examples:

The above examples all incorporate ethics into their ordinary commercial activities. Some socially responsible businesses, however, were started purely in order to pursue a social, moral and/or environmental programme. My favourite example of this is Dr Bronner’s Magic Soap. The ‘Dr Bronner’ after which the soap is named was a third-generation Jewish master soap maker from a tiny little town in Germany. In the late 1920s he emigrated to America, where he began lecturing about ‘The Moral ABC’ his plan for achieving world peace. As a thank you to the people who came to listen to him he used to hand out a free bar of soap. After a while he realised that people were coming for the soap not the lectures so he printed the lecture on the packaging and started selling the soap. Today Dr Bronner’s Magic soap turns over $50m a year and is managed by the founder’s grandson. Pretty much all the profits are given away to charity and the business is run for the benefit of the employees not the shareholders. For instance, the highest paid executive can’t earn more than five times the lowest paid employee. Interestingly, the company never spends a single penny on advertising or marketing.

The reasons why socially responsible businesses seem to do so well include:

There are lots of different terms in use to describe not-just-for-profit businesses, including ‘socially responsible businesses’, ‘ethical businesses’ and ‘conscious businesses’. Whatever label you apply, to my mind what we are talking about is any commercial organisation that aims to:

Investing in businesses like these makes sound financial and moral sense especially coming at a time when the world has changed for ever and there is a greater sense of community post coronavirus. Stay safe.