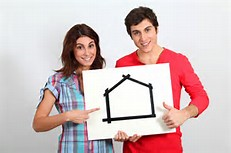 Darragh O’Brien Minister for Housing announced a new scheme – the First Home Scheme – to start 1st July 2022 to help the squeezed middle – those potential home-buyers whose annual incomes exceed the parameters for social housing yet are still inadequate to buy in the current challenging home market. Sky high rents are now the order of the day for those squeezed middle. This new scheme is part of the government’s Housing for all strategy that will have no income limits for those applying. John Lowe of MoneyDoctors.ie explains….

The government received clearance for the new scheme from the European Union, the European Central Bank and the Central Bank of Ireland with Minister O’Brien stating “I think this scheme has the potential to be a real game-changer for that group of people who can’t buy because of the gap between the finance they have and the finance they need. It will make a difference quickly.”

The minister is hoping over the next 4 years to house 8,000 new home owners under this initiative and has put an initial € 400million into the kitty to start the project with promises of further funding pending its success. Three lenders have already signed up to the agreement – AIB Bank, Bank of Ireland and Permanent TSB. Other lenders are expected to join.

The scheme itself is simple enough

Let’s look at an example…

The new government scheme will allow you to

The First Home Scheme will apply to first-time buyers, but also to divorced people and those who have been made bankrupt. Worth noting.

Now you can see the benefits in black and white. Remains to be seen though what happens after 5 years – watch this space.