New measures for a stronger banking union in Europe 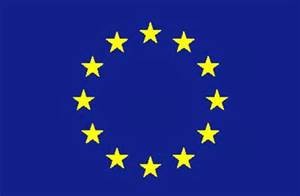 Today, the European Commission has proposed a euro-area wide insurance scheme for bank deposits and has set out further measures to reduce remaining risks in the banking sector in parallel.

The recent crisis has shown that large economic and financial shocks can weaken confidence in the banking system. The Banking Union was established to underpin confidence in participating banks: a European Deposit Insurance Scheme (EDIS) will strengthen the Banking Union, buttress bank depositor protection, reinforce financial stability and further reduce the link between banks and their sovereigns.

Today’s measures are one of a number of steps set out in the Five Presidents’ Report to strengthen the EU’s economic and monetary union. The Commission’s legislative proposal would guarantee citizens’ deposits at the euro area level. The proposal is accompanied by a Communication, which sets out other measures to further reduce remaining risks in the banking system in parallel to the work on the EDIS-proposal.

Vice-President Valdis Dombrovskis, responsible for the Euro and Social Dialogue, said: “Completing the Banking Union is essential for a resilient and prosperous Economic and Monetary Union. The Commission’s proposal for a European Deposit Insurance Scheme builds on national deposit insurance schemes and would be accessible only on the condition that commonly agreed rules have been fully implemented. In parallel we need to take further measures to reduce risks in the banking system. We must weaken the link between banks and sovereigns, and put into practice the agreed rules whereby taxpayers should not be first in line to pay for failing banks.”

Commissioner Lord Hill, responsible for Financial Stability, Financial Services and the Capital Markets Union, said: “The crisis revealed the weaknesses in the overall architecture of the single currency. Since then, we have put in place a single supervisor and a single resolution authority. Now we need to take steps towards a single deposit guarantee scheme. As we do so, step by step, we need to make sure that risk reduction goes hand in hand with risk sharing. That is what we are determined to deliver.”

John Lowe the Money Doctor welcomed the move “After the cash crisis in Cyprus and Greece of recent years, ensuring stability of all banks within the European union is essential if we want to grow and safeguard the economy. That € 100,000 Deposit Protection Scheme per person per institution is now even more secure as a result of the initiatives announced today.”

The scheme would develop over time and in three stages. It would consist of a re-insurance of national Deposit Guarantee Schemes (DGS), moving after three years to a co-insurance scheme, in which the contribution of EDIS will progressively increase over time. As a final stage, a full European Deposit Insurance Scheme is envisaged in 2024. The scheme includes a series of strong safeguards against ‘moral hazard’ and inappropriate use, in order to give incentives to national schemes to manage their potential risks in a prudent way. In particular, a national scheme will only be able to access EDIS if it fully complies with relevant Union law.

Key points The European Deposit Insurance Scheme will be: – built on the existing system, composed of national deposit guarantee schemes set up in line with European rules; individual depositors will continue to enjoy the same level of protection (€100 000); – introduced gradually, step by step; – overall cost-neutral for the banking sector: the contributions banks make to EDIS can be deducted from their national contributions to deposit guarantee schemes; – risk-weighted; riskier banks will pay higher contributions than safer banks, and this will be strengthened as EDIS is introduced gradually; risk adjustments will apply from the outset – accompanied by strict safeguards: for example it will only insure those national DGS which comply and are being built up in line with EU rules; – accompanied by a Communication setting out measures to reduce risks, such as future proposals to ensure that banks’ exposures to individual sovereigns risk is sufficiently diversified; and – mandatory for euro area Member States whose banks are today covered by the Single Supervisory Mechanism; but open to other EU Member States who want to join the Banking Union.