KBC Bank have just raised the mortgage bar a notch or two following their new lower rates announcement yesterday. Good news too for their existing customers as they will be able to get the same lower rates based on the equity they have in their homes.

The lender however is not cutting its standard variable rate, which is 4.25% but they have introduced new lower loan to value thresholds plus a new one year fixed rate at the lowest rate on the mortgage market at 2.9%. The bank said the new changes would mean an existing customer with a €250,000 mortgage, with a loan-to-value of between 80% and 90%, could get a rate of 3.5%. E.G opting for the one-year fixed rate of 2.9%, repayments would fall by €170 a month.

Existing KBC Bank homeowners submit a valuation from a valuer approved by the bank, and the new lower rates will apply including an extra discount if operating the bank’s current account. 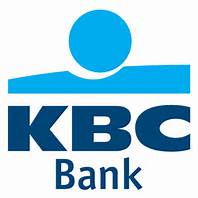 The bank’s variable rate for those with a loan-to-value of between 80% and 90% is coming down by 0.15% to 3.5% for new and existing customers. New customer rates are coming down from next Tuesday 1st November, with existing customers of the bank able to apply for lower rates from December 1st . The latest move by KBC is expected to apply strong competitive pressure to larger rivals AIB and Bank of Ireland, while it will also force Ulster Bank and Permanent tsb to re-examine all their rates. About 300,000 homeowners are on variable rates, which are around 1.5pc higher here than in other eurozone countries. The Central Bank released figures on Friday 14th October showing that for all new variable mortgages (excluding renegotiations), the average interest rate is 3.47%. The equivalent rate in the Eurozone is 1.87%.

In September 2015, the Central Bank showed that the average variable rate in Ireland was 3.96%. This reveals that in the space of a year, Irish banks have only reduced their variable rates by 0.49%. This is particularly frustrating given that in March 2016 the ECB reduced its main interest rate to 0%.

KBC cut its rates for new and existing borrowers last May. Eddie Dillon, KBC Bank’s director of product said “We wanted to reward loyalty by cutting rates for established customers. We are acknowledging and rewarding the loyalty of our existing customers while giving both home buyers and switchers a really compelling reason to move to KBC.”

The bank also offer €2,000 towards professional fees to first-time buyers, switchers and movers. Up to now it applied only to switchers. It has also extended its deal for 50% off home-insurance costs for the first year until the end of this year. KBC announced a new limited offer with the lowest personal loan rate of any bank on the market of over €10,000 at 6.3% APR. This new personal loans rate is available until December 15 2016…. just in time for Christmas…