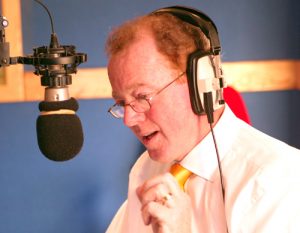 Your Money, This Week
with John Lowe, the Money Doctor

Each week, John Lowe, the Money Doctor, brings you the top news stories that affect you, your families and your savings.  John is available to discuss live on air the news stories below.

John Lowe, the Money Doctor, is a Personal Insolvency Practitioner (PIP), independent financial adviser and agent, author and speaker. He is fully authorised and regulated by the Central Bank of Ireland and is the author of Ireland’s best-selling Money Doctor finance annuals, the 11th edition of which will be published by Gill & Macmillan in late November 2015 – RRP € 12.99.
Helping families, households and individuals find freedom through good personal finance management is his commitment. He is available for Seminars & Personal Money Check-ups – personal consultations, face-to-face or by phone – the latter at €65 per 20 minutes.

1. Greater reliance on the State pension in the future
2. Insolvency service increases debt forgiveness by 75%
3. House prices up 2.3% in August.
4. “Squeezed middle” to pay under 50% tax for 1st time in 6 years..

1. Greater reliance on the State pension in the future
A total of 44% of those without a private pension say they will rely solely on the State, up from 40% last year and equating to around 890,000 people. Irish people are relying increasingly on the State pension as their ONLY income in retirement – just as doubts grow about the sustainability of the weekly retirement payment. A further third say they haven’t thought about what they will live on in retirement, according to the Friends First annual Pensions Index survey.
One in 10 said they would invest in a pension when asked what they would do if their disposable income increased, compared to 15 per cent who would spend the money on a holiday and 25 per cent who plumped for home improvements. Even with this, just over three-quarters of all respondents said they were not confident that they would have sufficient income in retirement. Among those who do have pensions, the survey found that the recession era trend of reducing contributions appears to be at an end, with 20 per cent increasing their premiums.
John Lowe the Money Doctor said “The number of people opting to rely on the State pension will put a huge strain on the State in the coming years as those without a private pension may struggle financially in their retirement and will be depending on a pension that is less than the current minimum wage. In 2010 for every person retiring, there were 6 workers. In 2051, for every retiree there will be 2 workers ! The government then will be struggling to meet these payments for the growing pensioner numbers.”
Only one age group reported growth in pension provision – the 25-34-year-old cohort, where 39 per cent now have a private pension plan, up from 36 per cent last year.

2. Insolvency service increases debt forgiveness by 75%
The Insolvency Service of Ireland (ISI) is raising by 75 per cent the threshold it applies when arranging the forgiveness of unsecured debt from € 20,000 to € 35,000. The move is part of a major overhaul of its dealings with distressed borrowers and the creditors pursuing them. The service’s agents will also attend all home repossession court hearings in the State to provide information to people about to lose their homes.

People with unsecured borrowings of up to €35,000 and little or no assets will now be able to have their debts completely written off without any interference permitted by creditors once they are granted a debt relief notice (DRN) by the ISI. The previous maximum was €20,000. Qualifying applicants will be able to write off debt up to the new maximum once they agree to a three-year supervision period. Applications will continue to be made through approved intermediaries (AI) working under the auspices of the Money Advice and Budgeting Service (MABS).

Unlike other insolvency options available to distressed borrowers – debt settlement arrangements and personal insolvency arrangements (PIAs) – creditors will have no say in whether a notice (DRN) is issued, as long as debtors can prove, with the help of an AI – MABS – that they meet the qualifying criteria.  As well as raising the limits for those applying for DRNs, the ISI is also introducing a new programme to ensure that its representatives attend every property repossession court sitting across the State to provide information to people at risk of losing their homes. From next week, ISI staff will attend all court hearings and work alongside MABS to ensure that homeowners who come to court for repossession hearings will have access to information about the insolvency options available to them. The ISI will also put borrowers in contact with personal insolvency practitioners (PIPs). Court proceedings will be adjourned to allow those borrowers to enter into negotiations with banks, through the PIPs, to see what steps, if any, can be taken to allow them to restructure debts and stay in their homes under PIAs.

Such PIA arrangements allow secured debt of up to €3 million and unlimited unsecured debt to be restructured. The PIAs run their course over six years as long as an applicant can make some repayments in return for debt write-off. When the agreed period ends, those with a PIA are discharged from unsecured debts, while secured debt is only discharged to agreed individuals.

The rollout of the new courtroom scheme comes on the back of a successful pilot programme trialed this summer. In one instance, the relationship between a bank and a borrower had broken down and the financial institution objected in court to the intercession of the insolvency authority. However, following discussions, a PIP was appointed to act on behalf of the borrower and a deal was struck which saw a large portion of the mortgage on the property warehoused in virtual perpetuity, allowing the couple in question to service the remainder of the loan and stay in their home. In other cases, borrowers agreed to surrender homes deep in negative equity on the understanding that all outstanding debts associated with the property were written off. Meanwhile, Minister for Justice Frances Fitzgerald is set to give the green light by the end of the month to an oversight or appeals mechanism which will allow borrowers to seek a review in cases where banks try to block applications for personal insolvency arrangements.

3. House prices up 2.3% in August
New figures from the Central Statistics Office (CSO) confirmed property prices in August, traditionally a quiet month, were up 2.3%, and 9.5% in the year. It was the 27th annual increase in a row, on a monthly basis, and up slightly from the year-on-year rise of 9.4% posted in July.
Dublin house prices, meanwhile, rose 3% in the month and 7.9% in the year. Property prices in the capital have now been rising on an annual basis for 32 months running. Outside of Dublin, prices are up 1.9% on a monthly basis. Nationally, however, residential property prices are still down some 35.4% since the boom.
A pick-up in planning permissions should help to dampen prices but said a lack of supply was driving up prices in the capital. John Lowe the Money Doctor said “A lack of supply of houses has clearly pushed up prices, particularly in the Dublin area in the past couple of years, but it is not something that can be fixed overnight. However, the next year or two should see an improvement.”
There was an average increase of 12.9% in house prices in 2014, up from 1.8% in 2013. Taking all factors into consideration, we are now looking for an average increase of around 11% for 2015. The CSO figures come as a report from MyHome.ie found the trend of moderate house price growth in the first part of the year has continued in the third quarter.
Asking prices on new instructions (properties which went up for sale in the last three months), which are the best indicator of transaction prices, fell by 0.1% in Dublin in the third quarter, the first such decline in asking prices in almost three years. Nationally, asking prices for new sales rose by 1.8%. According to the survey, the mix adjusted asking price — factoring the mean values of different categories of homes — for new sales in Dublin is €312,000 while the corresponding national figure is €217,000 up 1.6%. For the entire stock of properties listed for sale the national mix adjusted figure is €205,000 while in Dublin the corresponding figure is €286,000 — up 1.5%. The percentage change year on year for new sales is 4.8% in Dublin and 6% nationally.

4. “Squeezed middle” to pay under 50% tax for 1st time in 6 years.
Middle-income earners will pay less than 50pc tax on their salaries for the first time in six years, it is being reported. With the Budget on October 13th , the Government will lower the effective higher rate of tax to at least 49.5pc, several senior government sources confirmed. Those sources also said there was a “strong desire” to reduce the tax burden on middle-income earners to as low as 49pc, if this proves achievable.  “The desire is there, it is now just seeing what is achievable in the final shake-up of the numbers,” one senior source said last night. Finance officials have concluded the bulk of their work on the Budget. The deeply unpopular Universal Social Charge is set to be the principal target.
While the Budget is not yet finalised, there is a strong desire within both Fine Gael and Labour to deliver a 2pc tax cut, should the numbers allow it. “We would love to do it, but certainly at this stage we are looking at a 1.5pc cut,” said one well-informed Government source. Were the Government to achieve a 2pc reduction through cuts in the USC, those earning €70,000 would be more than €1,000 better off, those on €50,000 would be €650 better off and those on €35,000 would be €350 better off. John Lowe the Money Doctor stated “Any reduction is a help. It’s just a pity this reduction will be in such close proximity to a general election.”
This week, a series of key meetings will take place between Mr Noonan and Public Expenditure Minister Brendan Howlin and their Cabinet colleagues. Once those face-to-face meetings are concluded, Mr Noonan and Mr Howlin will bring a draft Budget document to the Economic Management Council, on which they sit with Taoiseach Enda Kenny and Tánaiste Joan Burton. The overwhelming focus of the tax cuts is on the penal burden of the USC, particularly for those earning €70,000 or less.
Mr Noonan is looking at a cut to the 7pc rate and examining raising the entry point at which people start paying the USC. “The net effect when both measures are combined will be 2pc,” said a senior Government source. Coalition sources have confirmed that the USC cut will be used as their ‘big bang’ give-away to workers. It is understood that the entry point at which people begin paying the current 7pc rate will be raised to bring more than 500,000 people out of the USC net. But it is also known that the 7pc rate will be reduced by up to 1.5pc. Mr Noonan is also believed to be looking at reducing the gap between self-employed people and PAYE workers on incomes above €100,000.
Meanwhile, Lucinda Creighton’s Renua is proposing to introduce a levy on all public-sector pensions over €60,000 to claw back some of the pensions paid to former Taoisigh Brian Cowen and Bertie Ahern and former top officials, some of whom have pensions in excess of €100,000. “When they imposed a levy on private pensions during the financial crisis, they defined the limit as being €60,000 per annum,” the party said.  “Renua Ireland believes that no public servant should be in receipt of a gross pension exceeding this sum.”