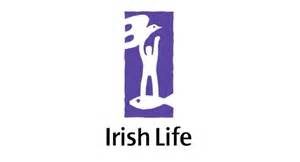 An analysis of pension payments by Irish Life has shown that the company paid out €236m to its customers in 2015, compared to €179m in payments in 2010, an increase of nearly 32%. This increase represents the changing pensions landscape, which is moving from defined benefit (DB) pensions to defined contributions (DC) plans.

In total, Irish Life made 44,205 pension payments in 2015, making Irish Life the largest payer of pensions in the country, after the Irish State. Currently there are 677,000 over the age of 66 in this country receiving state benefit. As our population ages ( by 2050 there will be 1.8 million citizens in 3excess of this age ) demographics are also indicating that the number of workers is decreasing, giving rise to the probability that the government of the day will not have the funds to maintain pension payments to those entitled.

“Only 29% of people know what they need to live on in retirement*. And it is more than €5,332 a year”, said Tony Lawless, Managing Director of Irish Life Corporate Business “We need to help people to engage with the idea that they will need savings for their life after work, and that it is their responsibility to ensure they have enough money for retirement. Especially when we consider that people are expected to live longer, we have some people aged 80 and above receiving pension payments, even into their 100’s. That’s a long time to put savings by for. People need to start contributing more to their pension savings and earlier– to allow time for their pension pot to grow.”

The analysis also showed that the average annual pension payment was €5,332 – € 102.54 per week – highlighting the fact that Irish people are not adequately planning for retirement.

An age breakdown revealed that just over 25% of those that received a payment from Irish Life in 2015 were 80 years or older. This was followed by 40% of pension payments to 70-80 year olds, and 19% to 65-70 year olds. Just 9% of people that received a payment were between 60 and 65 years old. The youngest person Irish Life paid a pension to in 2015 was 49 years old (7% of Irish Life’s pension payments to people younger than 60). And the oldest person in receipt of a pension from Irish Life is an impressive 102 years.

Pensions are still the business when it comes to long term investment. Especially for those who are on the higher rate of tax, it is a win win situation for them

Highest age at any time during the tax year

For further information, call me for a one to one consultation at (01) 278 5555 or email jlowe@moneydoctor.ie