Ireland now 4th in the EU league of indebtedness 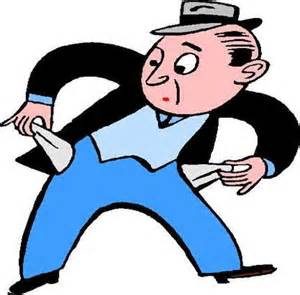 The borrowings of households are now at their lowest level since 2006, a report from the Central Bank has concluded. New figures show that households in this country fell from being the third most indebted in the EU to the fourth. This in an era where most countries have rampant national debt ( US – $19.5 trillion… trebled since President Barack Obama took office 8 years ago … Great Britain – £1.6trillion… www.debtbombshell.com ) and where on 15th August last, the 45th anniversary of the abolition of the Gold Standard was remembered ( no longer did countries then have to have their currency backed by gold in their vaults… this is called fiat currency – dictated by the government and not backed by anything other than its good name. President Richard Nixon was the instigator of this )

The borrowings owed work out at just over €31,000 per head, a calculation that includes children. The figures show Irish household debt fell by €1.1bn in the first three months of the year.

The drop in Ireland’s ranking in the debt stakes in the first three months of this year was largely due to people paying off mortgages and other loans, and increases in disposable income. Borrowings of households are now at their lowest level since the first quarter of 2006, before the housing and developer boom and bust.

Overall debts of all households in this country fell by €1.1bn to €148.5bn in the first quarter of the year, according to the Central Bank. This works out on average at €31,216 per head of the population.

Statisticians at the Central Bank said the fall in the nets of households was due to debt repayments of €300m, debt write-downs/write-offs of €300m and €500m of negative reclassifications. The debts of citizens have fallen now for the previous 30 quarters. Think we should go out and celebrate !