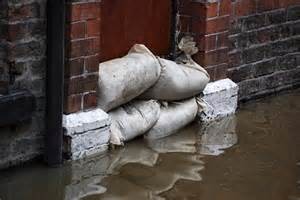 For those households that have had to bear the brunt of recent flooding, the subject of insurance and continuing insurance is very much an extremely important topic. In some cases there will be a flat refusal to insure and in others the cost so prohibitive that consumers will forego. Insurance Ireland, which represents the insurance industry, has said that the Government must build adequate flood defences in unprotected areas of the country before insurers will agree to any new scheme to help victims of flooding.

Insurance Ireland made the comments ahead of a meeting with Taoiseach Enda Kenny, due to take place early next week. Mr Kenny will hold what he said would be “frank discussions” with insurance companies next week, calling on them to do more to help victims of flooding.

But Insurance Ireland, the body which represents the industry has rejected claims that it is not doing enough. Insurance Ireland’s Michael Horan said: “The flood problem has been caused by inadequate investment in flood defences over the years combined with development on flood plains. That has made it more difficult for insurance companies to provide insurance in areas of repeat flooding. It would not be logical for insurers to pay out in areas where there is repeated flooding. In these areas you are talking about inevitable events, and insurance is about the risk of something happening, not about covering inevitable events, because if you did that the cost of premiums would skyrocket.”

The industry representative body also issued a note of caution about proposals coming from brokers and others that a levy should be placed on insurance premiums to pay for flood repairs. “The idea of a levy needs to be thought through, any scheme needs to be sustainable and affordable, and the number of properties kept in such a scheme needs to be kept to a minimum. In order to do that, you need adequate flood defences. There is no getting away from flood defences no matter how politicians try to dress it up. You can talk about levies and schemes until you are blue in the face, but you need to build flood defences in unprotected areas. It is not the job of the insurance industry to build flood defences, it’s the job of the Government,” said Mr Horan.