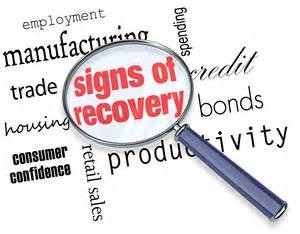 The Government has been warned that spiralling rents and increasing house prices pose a serious threat to Ireland’s continued economic recovery.

The National Competitiveness Council (NCC) report for 2015 warns that competitiveness must be urgently addressed if continued economic prosperity is not to be undermined stating that increased rents and rising house prices are among a number of issues which threaten Ireland’s economic competitiveness. It also recommends prompt tax cuts to bring the marginal rate of tax below 50pc for all workers.

Other challenges, besides the warning on a shortage of housing, include rising wages, increased business service costs and a lack of broadband. The report also suggests that the Government must address falling competitiveness with the same urgency as tackling the national debt and fixing the broken banking system. The report’s authors also warn of an increase in skills shortages for certain key jobs.

The NCC notes that Ireland improved its competitiveness in the years since 2011 with falling labour and other cost reductions to business. But other competitor countries have also recently improved their situations, posing a greater challenge to Ireland.

The report, presented by Jobs Minister Richard Bruton, warns that Ireland’s capacity to compete in global business depends on urgent action to address the problems identified. The authors urge prudent and targeted increases in broadband and transport services, the building of more social housing and the removal of impediments to the building of private housing.

The report comes as the general election approaches and will add to warnings already delivered by the Fiscal Advisory Council. There is also increasing anecdotal evidence of rising consumer spending, some of which mimics the recent boom.

Senior civil servants are also seeking a new pay deal after years of salary cuts and pay freezes. Part of the strategy is an effort to break the link between politicians’ pay and that of senior and middle-ranking government officials. The Association of Higher Civil and Public Servants now argues that pay at the higher levels of the public service is up to 30pc behind comparable executives in the private sector. The move is just one of many expected in the public and private sectors.

John Lowe, The Money Doctor warns that now is the time to consolidate on the gains already made in the fight against the recession. Easing the housing shortage and addressing the ever-increasing rents are now key to stemming the threat to our economic recovery.