House prices up 2.3% in August 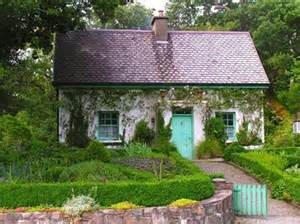 New figures from the Central Statistics Office (CSO) confirmed property prices in August, traditionally a quiet month, were up 2.3%, and 9.5% in the year. It was the 27th annual increase in a row, on a monthly basis, and up slightly from the year-on-year rise of 9.4% posted in July.
Dublin house prices, meanwhile, rose 3% in the month and 7.9% in the year. Property prices in the capital have now been rising on an annual basis for 32 months running. Outside of Dublin, prices are up 1.9% on a monthly basis. Nationally, however, residential property prices are still down some 35.4% since the boom.
A pick-up in planning permissions should help to dampen prices but said a lack of supply was driving up prices in the capital. John Lowe the Money Doctor said “A lack of supply of houses has clearly pushed up prices, particularly in the Dublin area in the past couple of years, but it is not something that can be fixed overnight. However, the next year or two should see an improvement.”
There was an average increase of 12.9% in house prices in 2014, up from 1.8% in 2013. Taking all factors into consideration, we are now looking for an average increase of around 11% for 2015. The CSO figures come as a report from MyHome.ie found the trend of moderate house price growth in the first part of the year has continued in the third quarter.
Asking prices on new instructions (properties which went up for sale in the last three months), which are the best indicator of transaction prices, fell by 0.1% in Dublin in the third quarter, the first such decline in asking prices in almost three years. Nationally, asking prices for new sales rose by 1.8%. According to the survey, the mix adjusted asking price — factoring the mean values of different categories of homes — for new sales in Dublin is €312,000 while the corresponding national figure is €217,000 up 1.6%. For the entire stock of properties listed for sale the national mix adjusted figure is €205,000 while in Dublin the corresponding figure