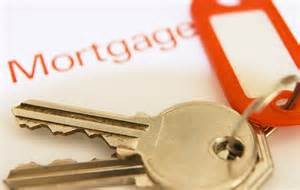 Laws to help struggling mortgage holders agree an insolvency deal will be enacted this week, Finance Minister Michael Noonan has confirmed.  John Lowe, The Money Doctor reports that a range of measures and rights to help those with serious debts, including mortgage holders, will come into effect.

Mr Noonan said the order would be signed by his Cabinet colleague, Justice Minister Frances Fitzgerald and that the changes will allow a debtor to seek review by the circuit court where creditors have rejected a personal insolvency deal. Mr Noonan told the Dáil – Ireland’s parliament – the latest mortgage figures show many loans continue to be drawn down, but he said we were on the cusp of another bubble last year.

“Housing prices, particularly in Dublin, were escalating rapidly at the time and the position looked a little scary just after Christmas last year. There was also considerable commentary in the newspapers suggesting we were heading straight back to a housing spiral, which would result in inflated housing prices, more people being in negative equity, and another bust.”

The minister defended the new Central Bank deposit rules for home buyers, despite claims by the opposition that they have restricted borrowers. Those rules include an 90% maximum loan up to € 220,000 for first time buyers, 80% over that amount and 3.5 times annual income for borrowers.

Residential mortgage lending in the nine months to the end of September amounted to €3.4bn, which was 35% higher than the same period last year, he said, despite the new rule coming in earlier this year.