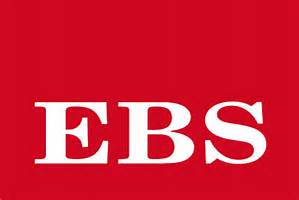 Where you wish to buy a home will determine the price you pay. Location location location is nt just about geographic handiness to schools, transport and shops but about whether you can afford to live in a certain area in the first place. All lending is based on the ability to repay so buyers have to “cut their cloth according to the measure”. Essential therefore to determine what as a buyer you can afford to repay and still have a life.

It takes almost 21 per cent of a working couple’s combined after-tax income to pay for the mortgage on their first home, according to the EBS DKM Housing Affordability Index published today. The average first-time buyer (FTB) property price nationally was €232,552 in August 2016 implying a mortgage of €195,344, assuming an average 84 per cent Loan to Value (LTV) ratio. The corresponding monthly mortgage repayment was €1,009 which compares with the average monthly rent nationwide of €1,037.

The index is a measure of the proportion of after-tax income required to meet the first year’s mortgage repayments for a working couple, each on average earnings of €36,600 a year. It takes into account not just the average property price, but the mortgage rate and the couple’s disposable income. There are considerable differences in affordability depending on location. The least affordable area for first-time buyers is Dun Laoghaire Rathdown, Co. Dublin where it takes almost 34% of after-tax income to pay the mortgage.

The average FTB property price in Dublin was estimated at €314,303 in August 2016 implying an average mortgage of €264,015, assuming an 84% LTV ratio. The corresponding average monthly mortgage repayment was €1,364 which compares with average monthly rents in Dublin of between €1,351 (West County) to €1,735 (South County).

Housing affordability remains challenging at an average of 31.4% of net income for single first-time buyers earning one and half times average annual earnings – or around €55,000. However, EBS chief executive Des Fitzgerald said “The EBS DKM Irish Housing Affordability Index is a great tool for people who are considering buying a home. It’s a big decision to make and having access to the information that’s in the Index can help people make a more informed decision. If you are thinking about buying a house it’s a good time to talk to EBS about your options.”

In addition the recently launched government Help to Buy scheme takes the form of a rebate of income tax paid over the previous four years up to 5% of the purchase price of a new home up to a value of €400,000. The maximum relief of €20,000 will be available for new houses that are valued between €400,000 and €500,000. The average first-time buyer couple paying the average price of €232,552 for a new home would have had to raise a deposit of €37,208 under the macro-prudential rules, based on our assumption of an 84% loan to value ratio. However, the Help to Buy incentive in the form of a tax rebate of €11,628, effectively reduces the cash deposit required to €25,581, which should have a positive impact on affordability, provided it is accompanied by an increase in new homes.