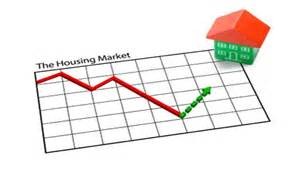 A report from the Central Statistics Office (CSO) shows that house prices nationwide rose again last month. The gap between the number of homes for sale and the demand has caused prices to continue to rise and there is no indication that this shortfall in supply will be met in the short term.

Dublin prices have continued to move upwards, but there was a fall in prices in the rest of the country. Prices across the State were up 0.3% in the month of April, and have now risen by 7.1% in the previous 12 months.

The CSO reports that Dublin prices were up 1.6% in April and when compared to April 2015 they were 4.6% higher.  However, there was a fall outside Dublin. Residential property prices in the rest of Ireland fell by 0.6% in April. But over the past year prices were 9.5% higher.

Despite the nationwide recovery in prices over the last 3 years the report shows that they are still one third lower ( 33%) than the peak before the market crashed in 2007.

For more details, you can click on the link below….