Central Bank indicates that mortgage limits are here to stay. 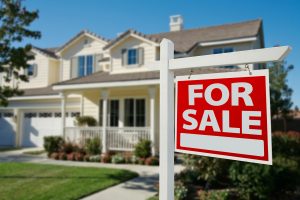 The Central Bank deputy governor has signalled that its new mortgage rules are here to stay. The bank has faced a wave of criticism ever since the rules, which set limits on the amount home buyers can borrow, were introduced at the start of the year. The bank has said that it will review the measures when enough time has passed to allow for a proper assessment of the effects.
John Lowe, The Money Doctor claims that the rules are keeping many off the property ladder and condemning young people to many more years of renting. Finance Minister Michael Noonan has also suggested the Central Bank should look again at the rules, saying that the cost of buying in the capital may leave buying a home out of the reach of many first-time buyers.

However, the Central Bank said there is evidence that the measures are working well in taming speculators and, in the long term, will likely prevent the return of a housing bubble. They said it was far too early to evaluate the effect of the measures on second- and first-time buyers because a lot of the lending for home purchases this year was approved before the new rules came into effect.
However, what evidence there was suggests the rules would play an important part in stopping another price bubble. He insisted there was nothing onerous about the rules which mean lenders assess the borrower’s ability to repay the mortgage on both the size of the loan to the overall value of the property, the loan to value rule, and on the basis of a ratio of loan to income.
A first-time buyer can qualify for a home loan that covers up to 90% of the first €220,000 of the property’s value and then 80% of the balance above that level. Under the same loan-to-value rule, second-time buyers can borrow up to a ceiling of 80% of the overall value of the property. Under the loan-to-income rule, the Central Bank insists that lenders can loan up to 3.5 times the amount of a borrower’s gross annual income. Mortgage brokers have slammed the rules, saying that prospective buyers are trapped in rental properties at a time of soaring rents. Brokers say it takes years for average wage earners to save for a deposit.

CSO figures show that, after surging 1.2% last month, private rents are now 10.3% higher than in September last year. Rents are now higher than the levels reached right at the end of the boom years, in early 2008. It is projected that house prices, after rising 12.9% in 2014, will rise 11% this year and by 6% for 2016. Many other countries have introduced similar limits to prevent house markets from again overheating. Norway, Sweden, and Estonia, brought in full or partial loan-to-value limits, while the UK has also introduced a loan to income limit. Overall, it is clear that any review of the measures themselves can only be carried out once sufficient time has passed for the Central Bank to have the necessary data to analyse their effects.