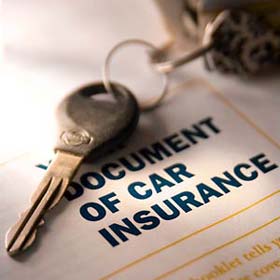 The Financial Regulator said there had been a rise in the cost of settling claims between 2012 and last year, and insurers will be facing more claims. However there is a wide variation in the amount of reserves being put to one side to meet the claims, the Central Bank said in a new report.

Premiums have shot up by 30pc in the past year. This means a policy for €500 last year, now costs €650. The Central Bank found that some insurance companies are setting aside only half what others are for motor injury claims. Director of insurance supervision at the Central Bank Sylvia Cronin said that the general insurance industry was facing a number of challenges from legislative changes and the economic environment. “Increasing court awards economic activity and increasing numbers of vehicles on the roads are some of the factors pushing up insurance claims in Ireland.  This uncertainty has increased further due to recent developments such as court awards and other legislative changes, including the proposed introduction of periodic payment orders.”

She said the Central Bank’s review highlights the increases in claims frequency and slowdown in claims settlement patterns in recent years.

“Overall, it seems that the money set aside for private motor by some companies is approximately half the level per vehicle compared to others for more recent accident years.  While there are valid reasons for some of these differences, companies need to carefully consider the extent to which these differences are appropriate,” Ms Cronin said.

John Lowe the Money Doctor said “It’s one thing to make provision for future claims and perhaps the Central Bank are right but a bigger issue is why are claims increasing and what is being done to ameliorate the situation ? As a member of the Irish Brokers Association, this august body came out with 10 reasons why motor insurance has increased – they make sobering reading…

A solution to the growing problem of increasing premiums would certainly ease the requirement to set aside enough funds for future claims and assuage the Central Bank fears of under-providing.”