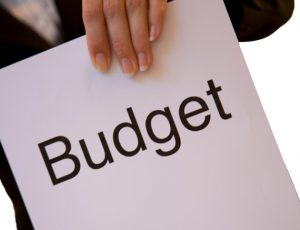 Michael Noonan, Minister for Finance delivered his fifth Budget speech on Tuesday 13th October 2015 while Minister for Public Expenditure & Reform, Brendan Howlin later outlined the measures in public spending. Up to € 1.5billion was available to spend and spend they did with one eye on next year’s general election. The young, the old, families and the vulnerable were all targeted for benefits in the speech but in particular families.
The centrepiece of the € 83million package is the two year free pre-school from September 2016 for children aged 3 to 5½ years via the Early Childhood Care and Education scheme – an increase of one year.
Additionally
– Child Benefit was increased to € 140 – up € 5 from last year
– Two weeks’ paid paternity leave .. a first for Ireland starting September 2016
– Free GP visits for all children under 12 years of age ( this still to be agreed with the GP representatives )
So while James Reilly, Minister for Children and Youth Affairs, maintains the average family will save up to € 1,000 each year, there are many families still paying exorbitant crèche fees with no support who feel otherwise. Child costs are always on the rise. Take 3rd level costs alone. The total funding required exceeds € 42,000 for those 5 years ( 4 years primary degree plus masters ). This is equivalent to saving € 160 every month ( € 20 above the new monthly Child Benefit payable January 2016 ) from the time the child is born until they are 18 years old AND at a rate of 3.5% gross ( net after DIRT tax of 2.065% ) for each year. That’s just the 3rd level costs !
Certainly with the reductions in Universal Social Charges, the “squeezed middle”, enjoying the biggest reduction from 7% to 5.5% ( between income of € 18,688 and € 70,044 ) will benefit the most. A couple with one earner and two children on an income of €25,000 would gain €500 a year. For families on higher incomes of €70,000-plus, the addition of two children brings the average gain to over €1,200 a year, and more for bigger families.
For those families not so well off, a widening of the thresholds to allow more families on low income to avail of the Family Income Supplement. This is a tax free weekly payment available to families with children under 18 years of age or between 18 and 22 years of age and in full-time education. The payment is calculated based on a family’s income and the amount of children being supported by a household. Families receive 60pc of the difference between their weekly income and the income limit applied for a family of their size. You cannot qualify for the payment if you are self-employed.
Still if it is € 1,000 perhaps you can put it away and save it. So many families actually use the Child Benefit for the original purpose – supporting the family financially in the home. Very few can salt it away. Will Budget 2016 change that for the bread-winners in the family ? A lot done – more to do.