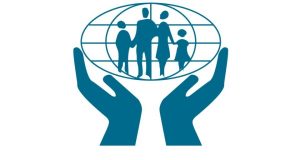 A plan by a consortium of credit unions to introduce an alternative to bank current accounts is being delayed by the Central Bank which considers it to be a breach of the State’s financial regulations.

The scheme, which involves a grouping of 11 credit unions, was revealed this week despite the absence of Central Bank approval. It involves a debit card to be made available to more than 350,000 credit union members in the coming weeks. The Central Bank said on the same day that it had not approved the product and its associated fees and charges because such services must be supported by an appropriate transaction account. It insists that such a service must be subject to formal application and approval.

However, the credit unions, collectively known as DCG Card Services, said yesterday they had been in talks with the Central Bank for the past four years and that the debit card was an “exempt additional service” that does not require approval. They issued a statement saying that the debit card would operate on existing members accounts and that they are not launching a new type of account.

An Post meanwhile are also in the throes of launching their own debit card over the coming months. Good news for the consumer – after all, it IS their money !