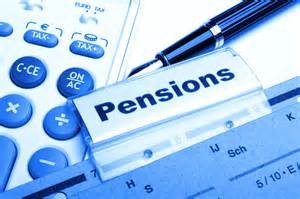 In the Finance Act 2013 the Government introduced a scheme which would allow members of occupational pension schemes who also have made Additional Voluntary Contributions (AVC’s) to access some of their funds.

This was in recognition of the fact that many people who may have amassed substantial pension funds in the good years may now have substantial debts which they are struggling to manage. The scheme allows for a maximum withdrawal of 30% of the value of the AVC’s on a once-off basis – in other words if you took 15% in 2013 that is all you can take – and the final date on which you can exercise this option is March 27th 2016.

My advice would be to think carefully if you are considering this option. As tax will be charged at your highest rate, probably 40%, this may not be very tax efficient, especially if you are nearing retirement. With the current volatility in the market timing may not be the best either to withdraw your funds.

Department of Finance figures up to the end of 2015 show that almost 16,500 people have availed of the scheme since its inception. The total withdrawals have been €152million, net €92million after payment of €60million tax, so a good day for the government too.

These figures, apparently, are way below the original estimates from the Department when they were introducing the scheme.