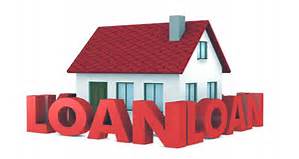 New figures from the Irish lenders show that 3,813 new buyers took out a mortgage for the three months ending last December. This was 220 fewer mortgages than in the same quarter in 2014.

It was the first time there has been a fall off in the number of first-time buyers in a quarter, when compared with a year earlier, since 2013, according to the Banking and Payments Federation of Ireland.

The blame for the reduction in drawdowns has been put down to the recent Central Bank lending restrictions which have hit new buyers hard. Some 8,103 mortgages were drawn down in the October to December period, valued at €1.451bn, an increase of 6.9% on the previous year.

However this represents a considerable slowdown on the number of people drawing down a mortgage in the first half of last year. The Central Bank introduced lending restrictions last February, requiring a 20% deposit for amounts borrowed over €220,000.

John Lowe the Money Doctor said: “The new Central Bank rules are frankly a deterrent and especially having the biggest impact on the first-time buyers category. To expect a first time buyer to save a minimum € 38,000 on a € 300,000 purchase is a tall order. Lenders stress test the mortgage too by adding 2% to the mortgage rate – with no sign of interest reductions for possibly years, this is not helping.”

Overall, last year there were 24,134 mortgages issued for house purchases compared with the 47,500 transactions recorded on the Property Price Register last year. ( the data for 2015 is not yet complete.) Meanwhile, figures provided in the Dáil to Fianna Fáil Michael McGrath show that Longford has the highest level of mortgage arrears. Some 16.83pc of mortgages are in arrears in the county, compared with 8.83pc in Cork, which has the lowest level.