State pension scheme is unsustainable in its present format 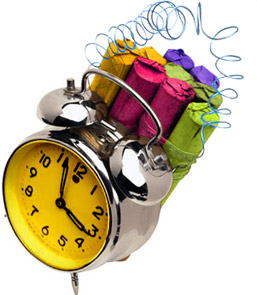 A new report compiled by actuarial consultants Milliman for the Society of Actuaries in Ireland and PublicPolicy.ie indicates that the present State pension scheme is unsustainable and that, in order to avert a crisis, the Government must consider its options. Some of these include raising the retirement age – the threshold goes to age 67 in 2021 and age 68 in 2028, reducing the pension benefits – the last Budget saw an increase of € 3 to € 233.30 per week, or increasing PRSI contribution rates. But, the report stresses, ignoring the impending crisis is not an option.

John Lowe, The Money Doctor, has consistently warned that lower birth rates and increasing life expectancy will in the future put an unbearable strain on the present scheme. “In 2010 there were 420,000 over the age of 65. For every person retiring there were 6 workers. In 2050 there will be 1.8million over the age of 65 and for every person retiring then, there will be 2 workers. We are sitting on a pension timebomb and I urge all adults over the age of 18 to review their retirement planning now and not leave it to the government of the day to provide your pension when you do retire. They may not be able to.”

The report said there was no easy way to improve the sustainability of the Irish pension system. The cost to the exchequer of State pensions is expected to increase substantially over the lifetime of the current workforce as that workforce increase with age.

However, there is no suggestion at present that PRSI rates will be increased to match that cost, or at least defray it. The Society of Actuaries said it was unfair to ask current workers to contribute to schemes that may not deliver them any benefit in the future. It also warned that the State pension system should not require the State to divert funds from “other critical sectors, such as health and education, so as to ensure that benefits can be maintained”.

Increasing the age of retirement should be part of the solution, according to the report’s authors, while changing the current practice of indexing pensions to national average earnings “appears the most promising option in terms of containing the projected growth in pension outgo”. However, they warned that such a move would reduce pension adequacy over time. Such a move, in isolation “could greatly undermine the objective of the State pension, particularly in relation to its role in limiting poverty in retirement,” the Society of Actuaries warned.